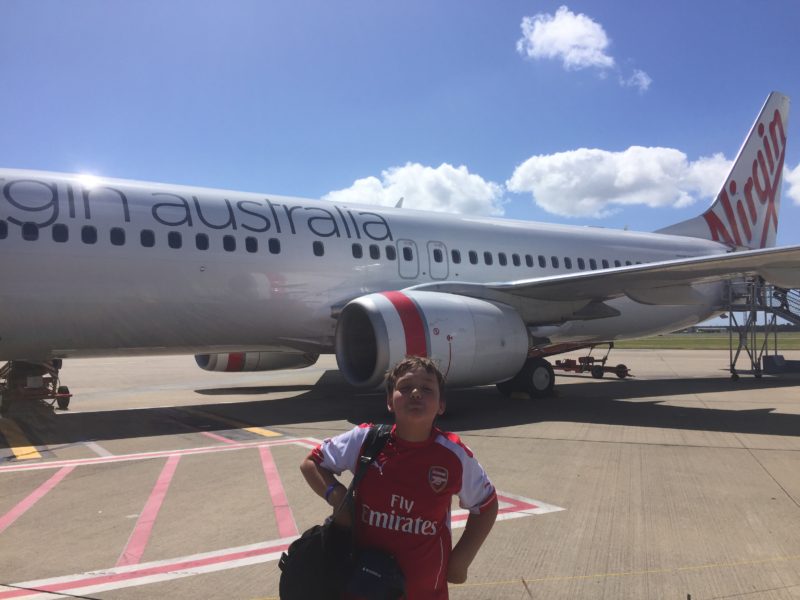 If you were to meet our son anywhere on our world trip, the first thing you would likely hear is “Hi, my name is Spencer. I really love airplanes. Can I tell you about them?”

You see, Spencer has Autism. While Autism carries a breadth of different behaviours, a common trait is fixating on a particular subject matter that can often nears obsession. Currently, his fascination is everything to do with airplanes. He wants to become a pilot, practices Google flight simulator daily, watches everything he can on YouTube from aircraft investigations to test flights for Airbus and Boeing airplanes.

Flight crews (and especially pilots) are like gods to Spence. The generosity and kindness they have shown him throughout our adventure make them rock stars in my books. More than once their gestures have caused me to tear up simply because people just don’t do that anymore.

It is common for Spencer to enter a plane and turn left while the rest of us turn right. Don’t worry. He always asks permission and surprisingly often he is allowed to say a quick hello to the pilots before we head to our seats.

One West Jet flight, he checked in with the pilots to see if they had done their pre-flight checklist. “Jeff and Jeff” were incredibly gracious to him, walking through their flight plans and the controls. As he left the cockpit, he made the entire plane giggle as he said “if you need me, I’m in row 16!”.  The beauty of the West Jet brand is that it wasn’t just the pilots. The crew were equally kind, providing us a care package as a send off on our world trip and an experience that Spencer still remembers (& talks about to this day).

When we flew Avianca back from the Galapagos Islands on a near empty airplane, he could hardly believe his good fortune to be able to wander the plane and look out the window from a myriad of locations. We couldn’t believe the patience the flight crew had to let him. 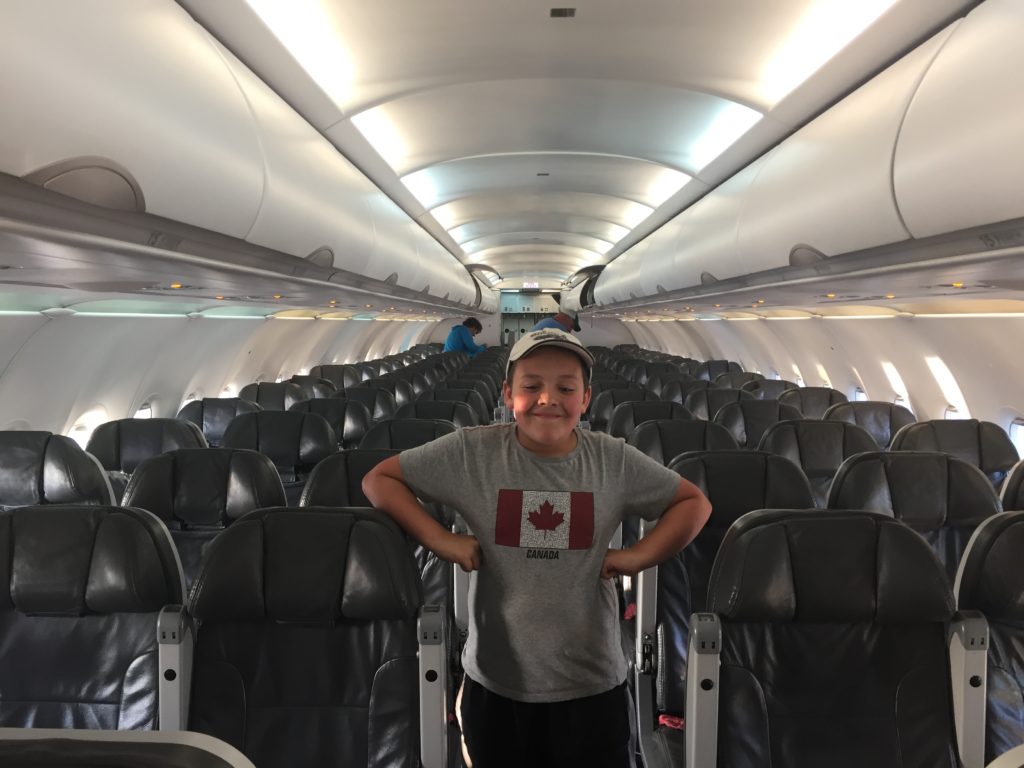 LATAM was by far one of his favourites because they use fancy (see glass) glasses and proper napkins. Spencer’s comment was that we might as well be in first class. A dream of his is to tour first class on an Emirates Airbus A380. If ever there was a brand advocate, he is theirs. Not because of Jennifer Aniston, but because of THIS guy. YouTube can be a very powerful influence. Let’s leave it at that.

Air New Zealand was so very special because we flew on a 787 Dreamliner, one of Spencer’s ultimate aircrafts. Their flight path was interactive, their in-flight entertainment system was the bomb, add in seat to seat texting and meeting the pilots, we will have a sweet spot for Air New Zealand forever and a day.

On Singapore Airlines, the pilot actually came out at the end of the flight and shook Spencer’s hand. I tried not to cringe as he commented and scored them a 7 out of 10 on their landing, suggesting that next time they try to “lightly kiss the ground” when they touch down. Thank god for their sense of humour and openness to hearing this from a 10 year old.

The wild thing is that its not just the general stuff.  He knows fuel ratios, flap extension degrees, and all sorts of stuff that is way outside his weight class. When we were standing in line for customs at Brisbane airport, an Emirates flight crew walked up along side us. Spencer vibrated as he met the flight crew who very kindly offered to introduce him to the pilots. You would have thought me were meeting the Queen, as Spence drew in a big breath and approached the pilots with a hand out and his “Hi I’m Spencer” intro. The pilots smiled and listened as Spencer recounted the entire features and benefits list of an Emirates airplane. One pilot in particular (a Canadian) suggested he apply for a job when he is older. An ambition that is now solidly in Spencer’s line of sight.

On Thai Airlines, the flight crew provided an official passport for him to track his flights and for the pilot to sign. At the end of the flight, he went in to see the cockpit and was able to sit in the pilot’s seat. A chance opportunity he will remember for a lifetime.

Every time we get to an airport, he goes plane-spotting, an opportunity to point out all the incoming planes and what they are. The awesomeness of an airport is determined by how many A380’s we have seen or how many 747, 777 and 787’s were at the terminal.  He will tell anyone close how exciting this is and to be honest, his excitement is often infectious.

What we have discovered is that when we shifted our perspective just a little, we stopped focusing on the Autism. Sure. There are and always will be moments along this journey that our son has special needs, but it is far from what defines or drives us. Traveling the world, Spencer has no routine (his preference to his life before travel). Our days are filled with spontaneity and loudness and life. He has learned to deal with so much along the way and he is learning every day how to meet and connect with people from all over the world.

We, along with dozens of flight crews have been witness to an extraordinary little man who’s light and enthusiasm lights up a smile in anyone he meets. 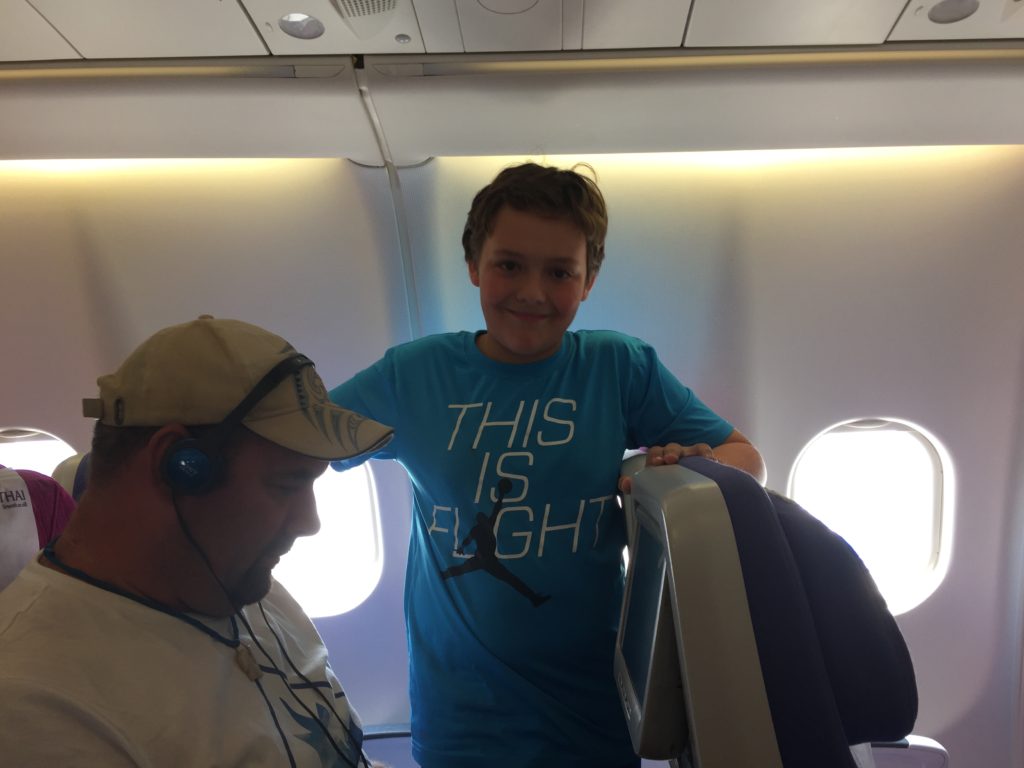 We watch while he turns the coldest hearts into giggling people. Even when he’s talking all things aviation.

We only have one rule: We don’t talk about plane crashes while we are on a plane.

That one is one even mom can’t handle.

Number One Rule To Travel : Don’t Be a Dick

Bums. Bums. We Know Where You’re From. 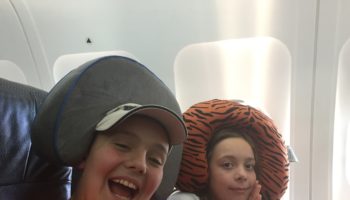 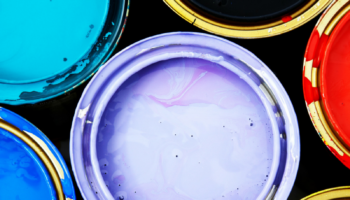 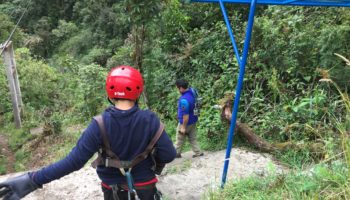 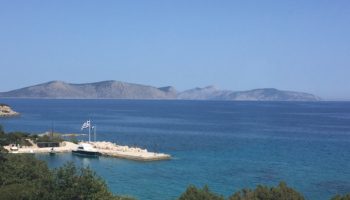 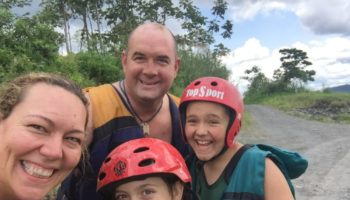